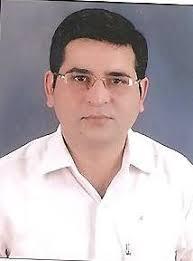 Dr. Ajay Bajaj is a senior Neuro-spine Surgeon and has performed more than 500 spine surgeries in his professional career. His core competency lies in performing microvascular surgery like aneurysm clipping, skull base tumour resection, pediatric neurosurgery. Dr. Bajaj has also rejuvenated chronically paralyzed limbs of a 75 year old Nigerian lady. He is affiliated to various associations such as Neurological Society of India (NSI), Congress of Neurological Surgeons (CNS).