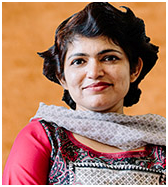 Dr Sarita Jaiswal is the lead consultant for the Haploidentical BMT at Dharamshila Hospital and Research Centre. Dr Sarita trained in Internal Medicine, Critical Care Medicine and Pathology before initiating her career in Hemato-Oncology and BMT. Dr. Sarita did her fellowships in BMT Italy at University of Parma under Prof Franco Aversa and San Martino Hospital at Genova under Prof Andrea Bacigalupo. Dr Sarita also received a fellowship as a Visiting Physician at Fred Hutchinson Cancer Research Centre, Seattle, USA in 2013. Dr. Sarita Jaiswal has also trained exclusively in TCRalfabeta depleted Haploidentical BMT under Prof Aversa, who is a pioneer in this field. Dr. Sarita has been awarded the ESH-EBMT scholarship for her work in Haploidentical BMT. Since her return from USA, she has been instrumental in setting up a comprehensive haploidentical BMT program at Dharamshila Hospital. The program is one of its kind in India with a dedicated patient-care wing as well as basic research facilities.
Dr Sarita and the team has carried out over 60 haploidentical BMT in the last two and half years with an impressive outcome in most difficult cases of refractory leukemia, lymphoma and severe aplastic anemia with a disease-free-survival of over 70% in malignant diseases and over 80% in non-malignant diseases. The clinical and basic research carried out by Dr Jaiswal and her team has won accolades internationally. Dr Sarita has been invited for oral presentation of her work at the BMT Tandem Meetings in the USA for 3 consecutive years from 2015 onwards.Her major area of research is on post-transplant immunotherapy and prevention of GVHD following haploidentical BMT. This has led to some novel developments in this field. Dr Sarita has had over 50 international publications and presentations in the last 3 years. The group has recently started a clinical trial on haploidentical BMT in thalassemia and sickle cell anemia.
In addition, Dr Sarita has major interest in management of acute leukemia in children and myeloproliferative disorders.