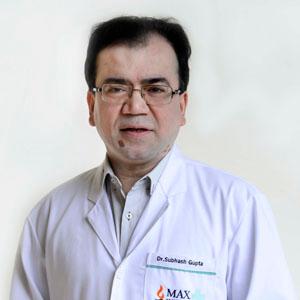 Dr. Subhash Gupta is Chairman of Max Centre for Liver and Biliary Sciences which is one of the largest Liver Transplant Centres in the world with experience of over 3000 transplants. Currently, the Centre carries out over 200 transplants annually and equal number of difficult HPB cases. His responsibilities include maintaining safety protocols across all divisions of the Centre including Hepatology, Anaesthesia and Critical care.

He joined Max Healthcare in Jan 2017 and has over 30 years of experience in the field of Surgical Gastroenterology, Liver Transplantation and Hepatopancreaticobiliary Oncology.