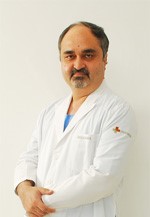 HE is presently working as the Director and Head , Department of ENT and Head Neck Surgery at Medanta Medicity Gurgaon, NCR Delhi . He was instrumental in setting up the Department of ENT and Head Neck surgery at Medanta Medicity in 2009 which is the foremost healthcare facility in India He has about 24 years experience in the specialty. Prior to this he was working as Associate Professor, Department of ENT, All India Institute of Medical Sciences, New Delhi. He worked as a faculty member in A.I.I.M.S , New Delhi from 1996 to 2009 for 13 years . He also has experience of doing a commonwealth teacher’s Fellowship for 1 year in Glasgow Royal infirmiry Glasgow in 2004. He is a graduate from Armed Forces Medical College Pune and did his post Graduation and Senior residency from PGIMER Chandigarh.

He is among the foremost voice and laser surgeons in the country. His expertise also includes phonosurgery , laryngology, head neck surgery, endoscopic sinus surgery, ear surgery including cochlear implants, surgery for sleep disorders , transoral laser surgery and transoral robotic surgery. He is among the first in the country to do laryngeal framework surgery, transoral robotic surgery and Botulinum toxin injections for Spasmodic dysphonia .

He was the founder Secretary of the Association of Phonosurgeons of India from 2004 – 2007 and President of the same from 2010 to 2013 . He has more than 80 international and national publications to his credit and has been invited faculty for large number of conferences and workshops in India and abroad . He has also been examiner for post graduate , undergraduate and DNB examinations .