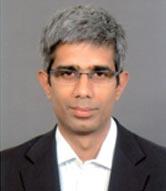 Dr.Mangalakumar V completed his undergraduate training from Madurai Medical College. During the time he was awarded with the API Gold Medal in Medicine. He underwent postgraduate training in Internal Medicine at Madras Medical College. Subsequently he moved to UK for further training. He obtained MRCP from The Royal College of Physicians (London). Following that, he underwent training in Nephrology, Transplantation and Critical Care Nephrology in a number of renowned institutions. He has received specialized training in Kidney & Pancreas transplantation at Guy’s and St. Thomas hospital, London. During his stay in UK he was awarded with a Ph.D. by the University of London for his study on the reasons behind the development of Kidney diseases and developing treatments to restore kidney function. He worked as Consultant Nephrologist in UK before coming back to India in 2013. His areas of expertise include both immune mediated and non-immune mediated glomerular diseases, complex diabetic kidney disease, resistant hypertension, vasculities and renal disease complicating pregnancy. In addition to haemodialysis and renal replacement therapy in critical care, he could offer home therapy in the form of peritoneal dialysis and home haemodialysis. He is experienced in providing a modified form of peritoneal dialysis for patients suffering from intractable cardio-renal failure.He is well experienced in all aspects of renal transplantation including transplanting sensitized patients, steroid free transplantation, Ciclospirin/Tacrolimus minimized transplantation and blood group incompatible transplantation. Diabetes mellitus is one of the leading cause of renal diseases. Combined kidney-pancreas transplantation is one of the treatment option that would treat both kidney failure and free them from insulin to control diabetes mellitus. In which he has specific expertise. In view of the major impact of kidney diseases on health, he is interested in promoting screening and optimising treatment of kidney diseases at an earlier stage before it becomes advanced.