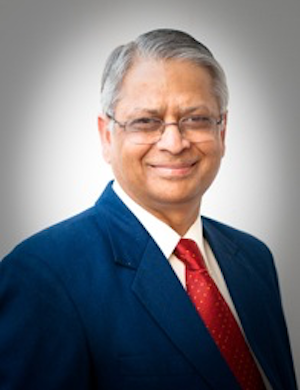 Dr. (Prof.) V.S.Mehta, Padmashree – Director and Chief of Neurosciences, at Paras Hospital since March 2006, is one of India’s Top Neurosurgeon. With an extensive experience as the Head of Neurosurgery and Chief of Neurosciences Centre, AIIMS, New Delhi, Dr .V.S. Mehta is been one of the top neurosurgeons in the country . A veteran in the field of neurosurgery, Dr .Mehta was elected as the president of the Neurological Society of India and as the President of the South Asian Neurosurgeons.

Dr. (Prof.) V.S. Mehta, Padmashree is a stalwart in the field of neurosurgery and is know all over the world for his exceptional expertise and medical precision. He is one of the few doctors to receive awards like the Padma Shree and the Life Time Achievement Award (ASSOCHAM & 6th MT Awards- Mumbai).Over the years he has been instrumental in initiating various clinical protocols and introducing technology interventions such as the brain tumour navigation technology to the forefront of neurosurgery to ensure that 100% surgical accuracy and surgical brilliance is delivered.His patient outcomes, code of conduct and ethical framework has been exceptional all through his medical career. Being a part of the medical ethics committee of MCI, he has always adhered to all protocols and ensured that organizations that he is associated with also adhere to the same.