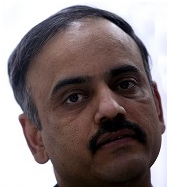 Dr. Sandeep Guleria has recently joined Indraprastha Apollo hospitals, New Delhi as a Senior Consultant Surgeon in General Surgery, GI Surgery and Transplantation. A distinguished alumnus of University College of Medical Sciences (UCMS), Dr. Guleria started his career at the Department of Surgery at All India Institute of Medical Sciences (AIIMS). He undertook advanced training in the U.K. where he was later appointed as a consultant surgeon in surgery and transplantation at St. James’s University hospital, Leeds, Europe’s Largest teaching hospital. He has spent a considerable part of his career in the academia at the Department of Surgery in AIIMS. His areas of specialisation include kidney transplants, dialysis, renal transplants and URS (therapeutic). He is currently the vice president of the Indian Society of Organ Transplantation, and a member of the ethics committee of the Transplantation Society