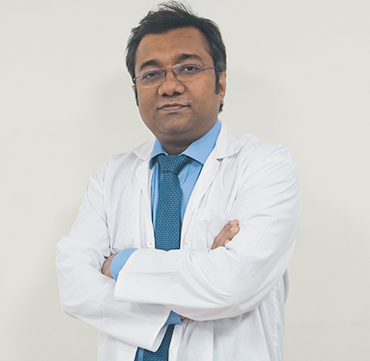 When it comes to cancer treatment and Surgery, Dr. Soumen Das is a reliable name not just in Kolkata but also throughout the country. As a surgical oncologist with years of experience in successfully performing thousands of complicated cancer surgeries, he is the pioneer of HIPEC and PIPAC procedures in eastern India.

He has an outstanding academic record. In the year 2006, he received his MBBS from the prestigious Medical College in Kolkata, where he was the University topper in Surgery. He earned his master’s degree in surgery (MS-Surgery) from the same institution where he received the prestigious BEST RESIDENT SURGEON AWARD. During this time, he was also honoured by the Association of Surgeons India with the UMA RANI SAHA GOLD MEDAL award.

He gained vast experience in different types of surgeries when he served as an Assistant Professor at IPGME&R SSKM Hospital, Kolkata from 2012 to 2017 and an Associate Professor at RGMC, West Bengal from 2017 to 2018. He was also a Visiting Fellow of the City of Hope Hospital in Los Angeles, California where he learned the art of HIPEC Surgery. At present, Dr. Das is attached to the Netaji Subhas Chandra Bose Cancer Hospital, Kolkata as a Consultant Surgical Oncologist.