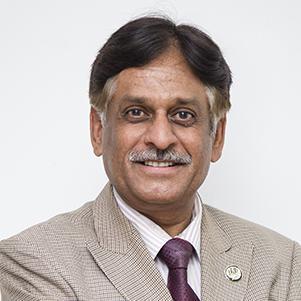 Dr. Suresh Sankhla is an experienced and accomplished Neurosurgeon practising in Mumbai since past more than 16 years. He currently functions as Head of the Department of Neurosurgery at Global Hospitals, Mumbai. He is a Diplomate of the National Board (DNB) in Neurosurgery and a Fellow of the International College of Surgeons (FICS).

Dr. Suresh Sankhla completed Clinical Fellowships in Skull Base Surgery and Neuro-Oncological Surgery under the guidance of prominent leaders in neurosurgery in the USA before returning to Mumbai 1998. His special interests are Endoscopic and Endoscope-assisted Brain & Spine Surgery, complex Skull Base Surgery and Pediatric Neurosurgery. He has more than 100 publications in peer-reviewed journals to his name, has contributed over 20 chapters to various books and also authored one book himself. He is a leader and an active member of several national & international associations connected with neurosurgery, having held executive posts in several of them, including as President of the Skull Base Surgery Society of India, Indian Society for Pediatric Neurosurgery, and the Bombay Neurosciences Association, among others. He was Founder Editor of the Journal of Pediatric Neurosciences in 2006 and held the post of Executive Editor of the journal until 2012.