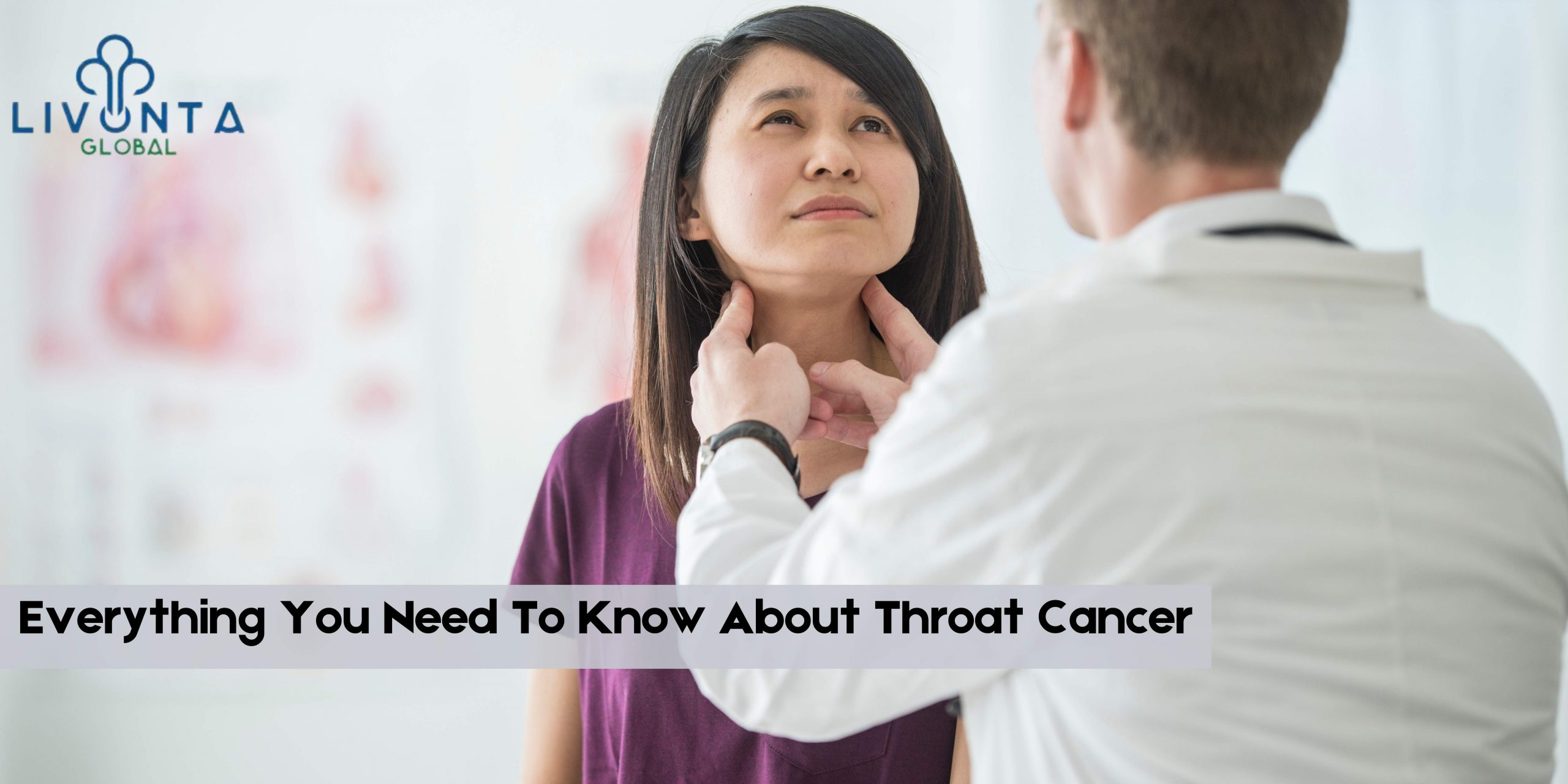 Everything You Need To Know About Throat Cancer

Every year, the risk of throat cancer rises in India and many other parts of the world, and according to a survey conducted by the finest Cancer Hospitals in India, about 70,000 individuals are diagnosed with throat cancer each year, which is a cause for worry. Men are more likely than women to develop throat and other oral cancers, owing to smoking and chewing of tobacco. Throat and mouth cancers are exceedingly fatal, but if caught early enough, they can be treated. The majority of patients die because they are detected late in the disease’s progression, when it has spread to other regions of the body and has become incurable. Many people tend to ignore throat cancer in the early stages because the symptoms of throat cancer resemble other normal illnesses which is why people do not take it seriously and never to doctors.

Chewing tobacco, which is exceedingly harmful to one’s health and destroys the tissues of the throat excessively, is one of the leading causes of neck cancer in men, particularly in India. Excessive alcohol intake is another cause of throat cancer, as it destroys the tissues and causes cancer. When a person consumes alcohol and smokes as well on a daily basis, his chances of developing throat cancer becomes more than double.

Poor oral hygiene, poor diet, smoking, hereditary abnormalities, and other factors all contribute to throat cancer. Because cancer treatment in India is expensive and not everyone can afford it, it is always a good idea to undergo frequent health exams after a certain age so that any signs of such malignancies may be discovered early and appropriately treated before it becomes difficult to treat and fatal.

In the early stages of throat cancer, there are no noticeable symptoms, and as previously said, the symptoms are similar to those experienced in everyday life. This perplexes the patient, preventing him from undergoing any clinical examinations. Patients become aware of these malignancies once they have progressed to the point where they are exceedingly difficult to cure. More than half of patients see a doctor or a cancer expert after the tumor has progressed to the point where it is no longer treatable and even the best cancer treatment hospitals in India fail to treat them.

However, cancer in its advanced stage starts to show extreme symptoms and patients noticing them rush to various cancer treatment hospitals in India to consult a cancer specialist and it comes to their notice that the cancer has reached the advanced stages. Some of the advanced symptoms of throat cancer are

As discussed earlier, there are different stages of any cancer and throat cancer is no different. The treatment of throat cancer will depend upon the stage where it has reached or in other words, the severity of it. Best cancer treatment India includes Radiation Therapy, Chemotherapy and also surgery if required. Chemo and Radiation Therapies are done to suppress the cancer cells from spreading to other vital organs of the body while if it is seen that cancer has not spread to other parts, usually a surgery is done to remove the cancerous part from the body.