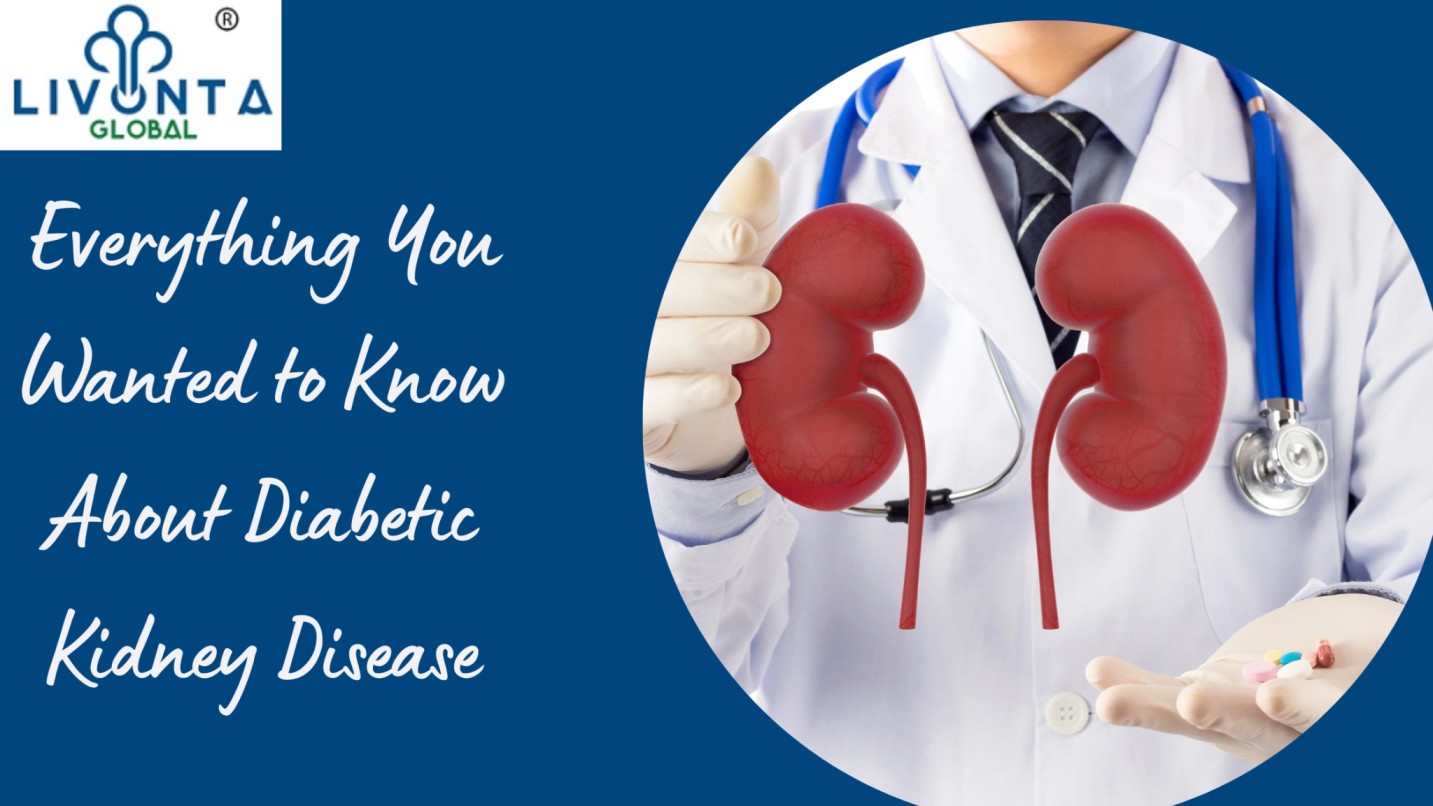 Everything You Wanted to Know About Diabetic Kidney Disease

Elevated blood glucose levels in the body are a symptom of diabetes. Our main energy source is glucose, which is obtained from the food we eat. The hormone insulin helps our cells absorb this glucose, but occasionally this does not happen, either because there is insufficient insulin created or because the insulin that is produced cannot effectively perform its tasks. As a result, the glucose in your blood begins to accumulate, raising your blood sugar levels. The multiple problems that diabetes might cause, if not treated well, are also something to be concerned about. In this article, we will talk about diabetic kidney disease that affects nearly one-fourth of the population living with diabetes and also talk about Best kidney transplant in India.

Effect of diabetes on Kidneys

Small blood vessels in the body are damaged by an uncontrolled sugar level, and the kidneys’ primary role of blood purification is compromised when blood vessels in the kidney are damaged. Your body’s impure substances will begin to build up, causing weight gain and ankle swelling, which is a symptom that your kidneys are becoming damaged.
When the kidneys can only operate at 10-15% of their real capacity due to high blood sugar levels, a procedure called dialysis is used to clean the blood in your body. Doctors will do dialysis to see how long a patient can survive on dialysis before choosing whether to proceed with a kidney transplant. Since kidney transplant cost in India is extremely high, doctors and patients try to avoid it. Depending on how severely injured the kidneys are, a diabetic patient may be able to survive on dialysis.

What exactly is a diabetic kidney disease?

The term “diabetic renal disease” as the name suggests, refers to kidney disease that has been brought on by diabetes and is more prevalent in those who have had the ailment for a long time. It also happens to be the main cause of kidney failure, a condition that can be fatal and is characterised by the loss of renal function.
It is important to remember that both Type 1 and Type 2 diabetics are susceptible to developing diabetic kidney disease. In the first decade after a Type 1 diabetes diagnosis, kidney illness is extremely uncommon, but a Type 2 diabetes diagnosis may also include kidney disease. Because of this, Type 2 diabetes is regarded as being extremely risky.

Who is at the risk of getting diabetic kidney disease?