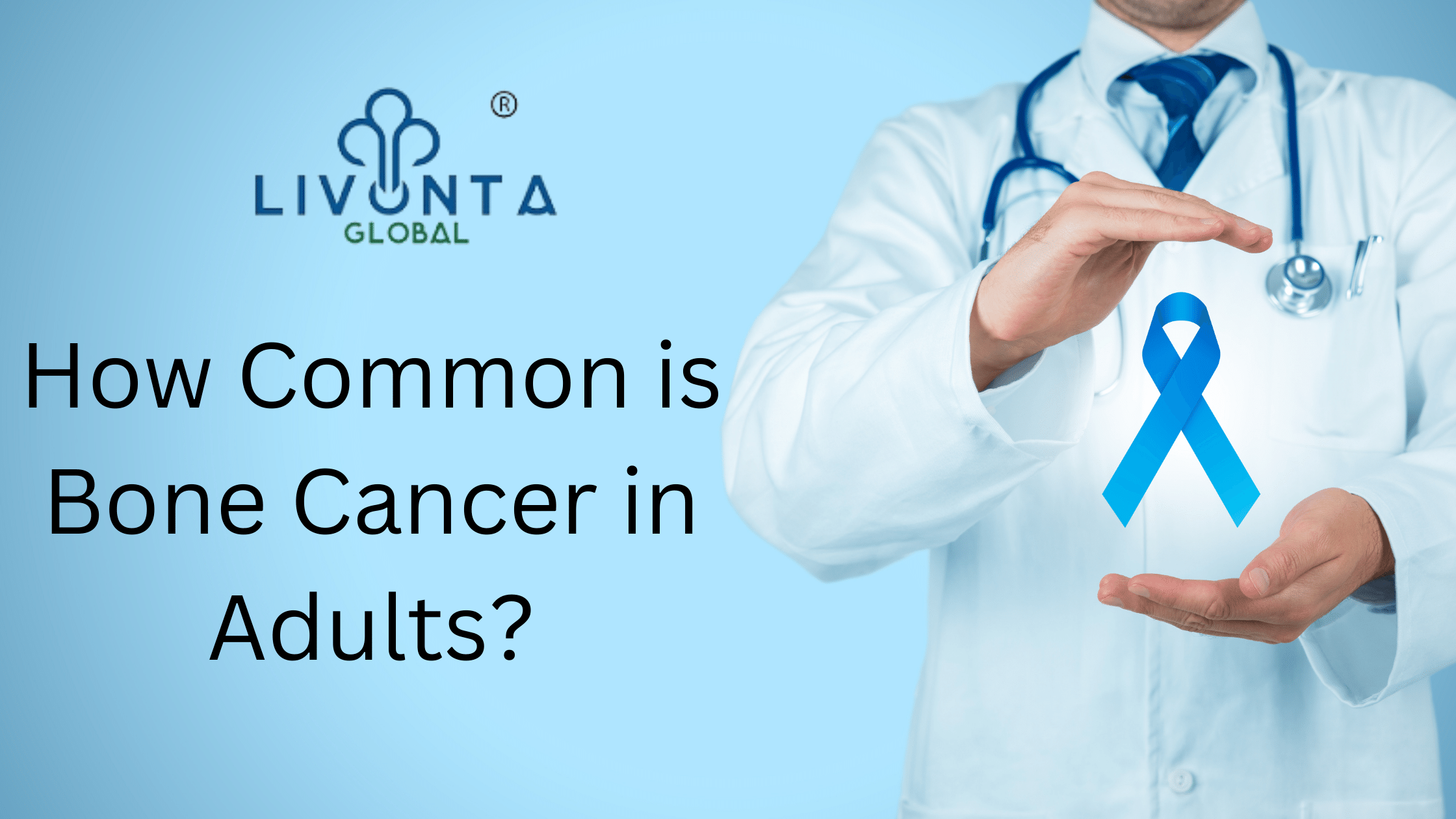 How Common is Bone Cancer in Adults?

When talking about cancer treatment in India, you cannot miss out on bone cancer. The type of cell and tissue where a bone cancer first appears determines the tumour’s type. Cancer cell growth has an impact on bone tissues and can lead to difficulties. Tumors that begin in the bone itself are referred to as primary bone malignancies. Bones and other elements of the body are frequently affected by malignancies that begin in the organs or other bodily parts. These malignancies are classified as metastatic or secondary bone cancers. In addition, the majority of malignancies of the breast, prostate, and lungs metastasis (spread) to the bones.
Bone cancer is not a very common condition and accounts for less than 1%. Although they can afflict anyone at any age, they seem to affect younger people more often than older people.

What are the types of bone cancers?

To get the best cancer treatment in India, it is important to get the right diagnosis first. Depending on where the cancer began, here are the different types of the disease-

Ewing sarcoma, which bears the name of the physician who discovered this particular kind of bone cancer, refers to a variety of cancers with related traits and cell-type origins. These tumours can form in the soft tissues that surround and surround the bones. The hips, ribs, shoulder blades, and long bones like the legs are where Ewing sarcoma typically manifests.

The cartilage tissue is where cancer first appears. Bones and joints can move freely because cartilage, a soft connective tissue, allows for this. Some of the cartilage turns into bone when the body adds calcium to it. The forearm, leg, or hip bones are where this malignancy is most frequently discovered. Contrary to osteosarcoma and Ewing sarcoma, chondrosarcoma is more frequent in adults than in youngsters.

Usually near the base of the spine or the base of the skull, it is an uncommon tumour that begins in the bones of the spine. Similar to chondrosarcoma, chordoma is more prevalent in older adults. Males than females are more likely to get this type of bone cancer and would need the best cancer treatment in India to get it cured.

It develops in the cells that create the new bone structure, making it the most common type of bone cancer. Although it can start in any bone, it most frequently does so near the extremities of large bones like the arms and legs.

Some persons with bone cancer don’t exhibit any symptoms other than a lump that doesn’t hurt. Other people could suffer a variety of symptoms. These symptoms may also be caused by other conditions, such as arthritis or Lyme disease, which can delay diagnosis.

The traditional signs of bone cancer are as follows:

Because no one knows what causes bone cancer, there is presently no known strategy to avoid it. We cannot completely avoid radiation therapy because it is necessary to treat other tumours, which is another known cause of bone cancer. As a precaution, you should have your stage examined if you exhibit any bone cancer symptoms or signs. Making the best health treatment possible will need you to have a thorough understanding of your diagnosis