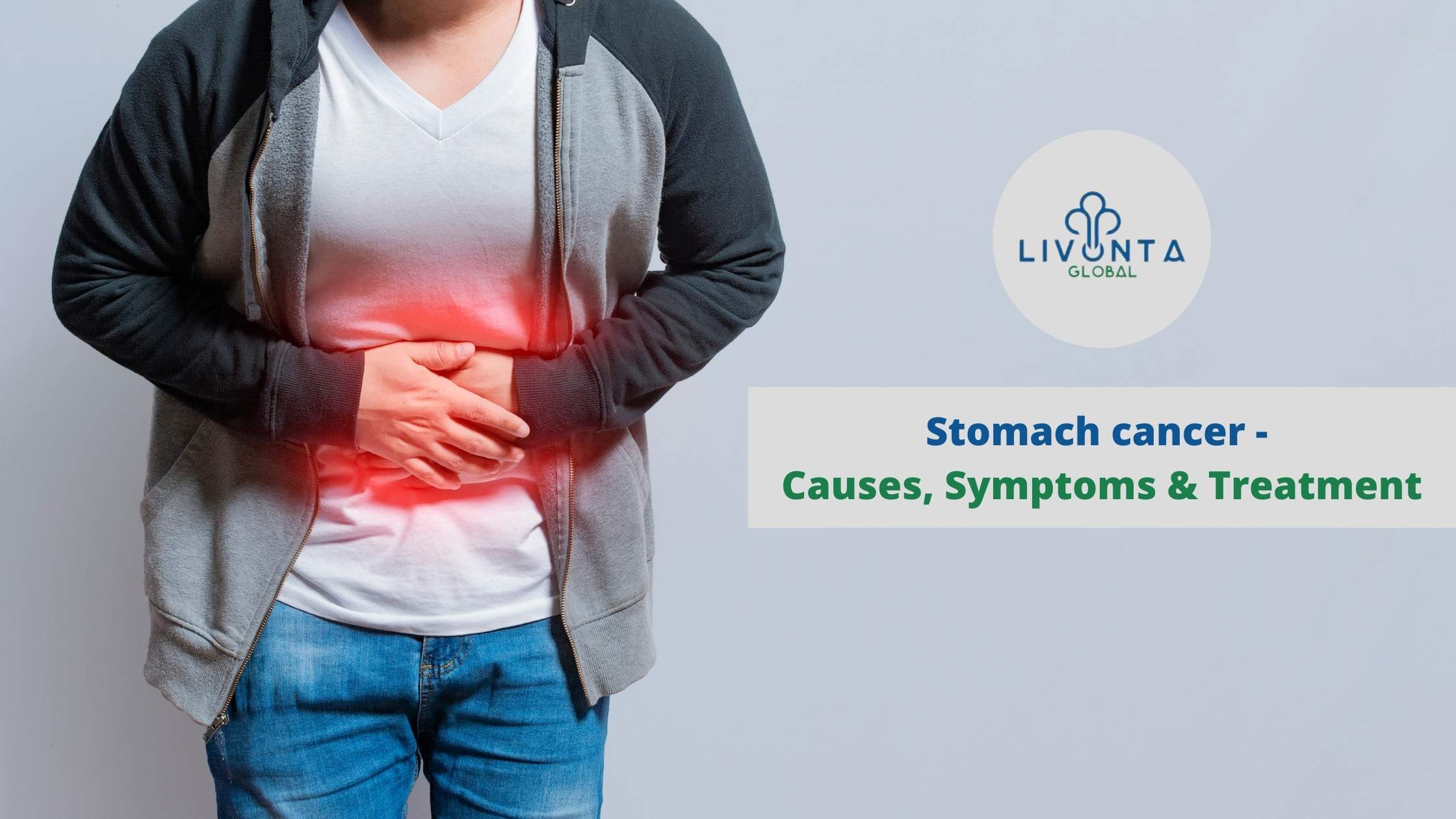 The World Health Organization (WHO) reports that gastric cancer, often known as stomach cancer, killed 769,000 people globally in 2020. It is the third-leading cause of cancer-related fatalities and the sixth most prevalent cancer in the globe. Cancer treatment in India is getting more popular amongst foreign patients as there are many hospitals proving all-inclusive care at an affordable cost.

Gastric carcinomas, also known as adenocarcinomas, make up about 90–95 percent of all stomach cancers. Cancer hospitals in India can treat the mucosal cells that are formed in the stomach lining.

Early-stage symptoms of stomach cancer may mimic other health conditions such as stomach ulcers. The common symptoms include –

While the exact origin of stomach cancer is not always known, some factors may raise the risk of getting this disease. The two most prominent causes include –

H. pylori infection causes intestinal metaplasia in the stomach, whereby the stomach’s lining is replaced by cells that would typically line the intestine.

peptic ulcers of the stomach

Pernicious anaemia, which can arise from a vitamin B12 deficiency, chronic atrophic gastritis, or long-term stomach inflammation that thins the stomach lining, and through stomach polyps

Other factors that can contribute to stomach cancer include –

Did you know, that men are more likely to get stomach cancer than women?

A margin of healthy tissue around the stomach cancer may need to be surgically removed. Endoscopic mucosal resection, partial gastrectomy, and total gastrectomy are examples of possible surgical procedures.

A medical professional directs radioactive rays at malignant cells to destroy them. Treatment for stomach cancer does not frequently use this kind of therapy. To assist decrease the stomach tumour prior to surgery or if the cancer is advanced or produces severe symptoms, it might be necessary.

This specialised treatment prevents cancer cells from quickly proliferating by preventing them from dividing and replicating. The main kind of treatment for stomach cancer that has spread to other parts of the body is chemotherapy. A cancer care team may also use chemotherapy to reduce the size of the tumour before surgery or eliminate any cancer cells that remain after the operation.

These treatments identify and target particular proteins that cancer cells produce. Two specific drugs are given intravenously (IV) to patients with stomach cancer by cancer care teams. They are Ramucirumab and Trastuzumab (Herceptin) (Cyramza).

There is no way to completely prevent stomach cancer. One can, however, take precautions to lower the risk of contracting the illness. They consist of the following: