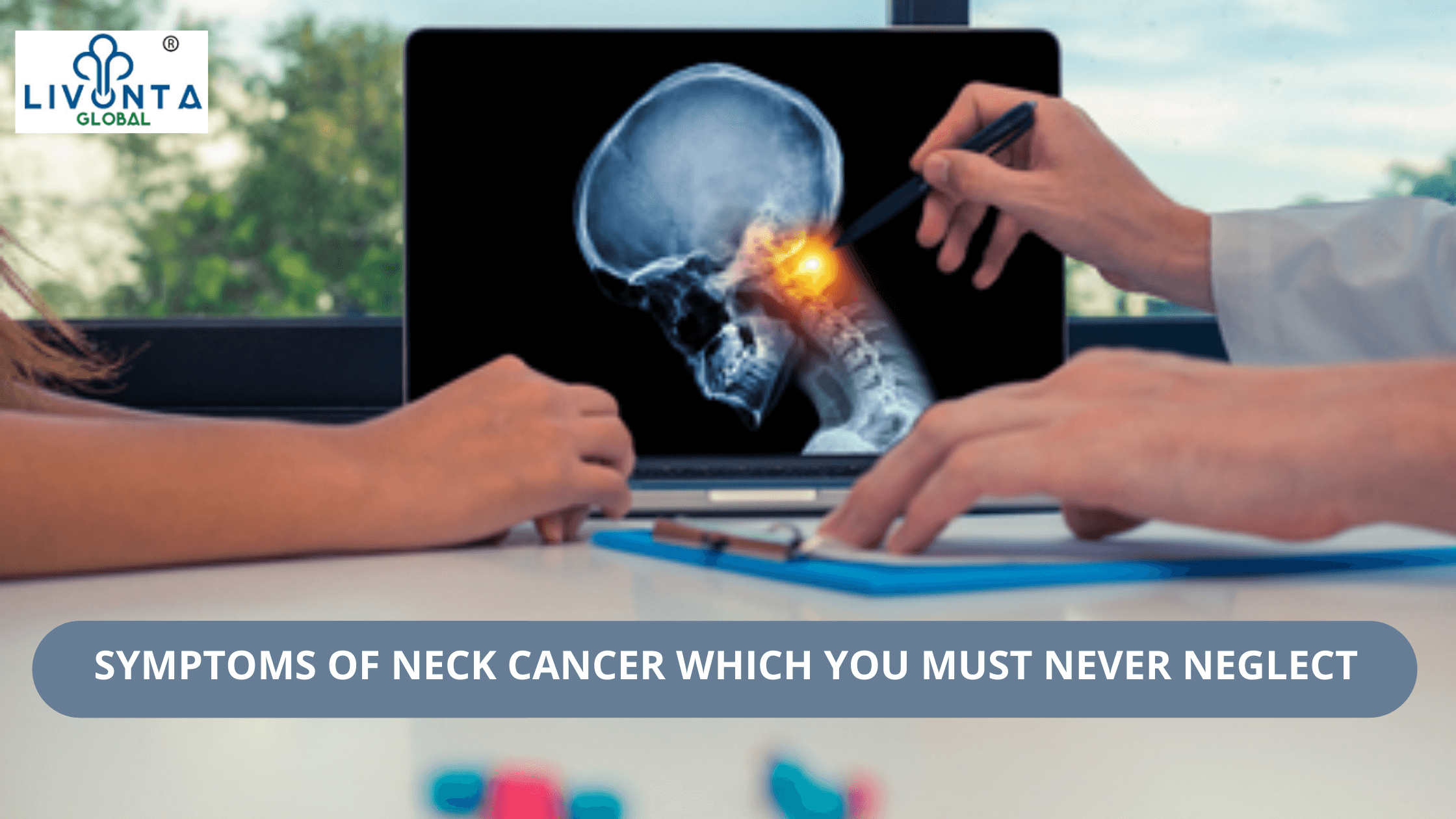 SYMPTOMS OF NECK CANCER THAT YOU MUST NEVER NEGLECT

Oral cancer and throat cancer are rising every year not only in India but in many parts of the world and according to the survey by the best Cancer hospitals in India, around 70,000 people are diagnosed with throat cancer every year which is a matter of concern. Mostly due to consumption of tobacco and other factors, men are more prone to throat and othe oral cancer as compared to women. The thorat and the oral cancers are extremely deadly but if they are diagnosed at an early stage, they can definitely be cured. Most people die because they are being diagnosed in the later stages when it spreads to other parts of the body and becomes incurable. The reason of ignorance is due the symptoms of throat cancer which resembles with a normal illness like sore throat, strep throat etc.

As discussed above, one of the major causes of neck cancer in men specially in India is chewing of tobacco which is extremely injurious to health and damages the tissues of the throat excessively. Another reason for throat cancer is the excessive consumption of alcohol which also damages the tissues causing cancer. When a person regularly consumes both tobacco and alcohol, his chances of getting throat cancer just doubles.

Some of the other reasons that cause throat cancer are poor dental hygiene, poor nutrition, smoking, genetic disorders etc. Since cancer treatment in India is costly and not many people can afford it, it is always better to get regular health checkups from time to time so that any symptoms of such types of cancers could be detected at early stages and cured properly.

The early stages of neck cancer do not show any major symptoms and as discussed earlier, the symptoms show resemble that of the general complications we have in our day-to-day life. This confuses the patient and stops him from taking any clinical tests. After these cancers get well developed, it comes to the notice of the patients when it gets extremely difficult to be treated. More than half of the patients consult a doctor or a cancer specialist only after the tumour has grown to the advanced stages which is then too late. When it comes to the mortality rate, more than 50% of the patients who are detected with advanced-stage throat cancers are unable to live for more than 5 years which is very sad. So, the only remedy to this is to get yourself regularly checked specially if you are a regular consumer of alcohol and tobacco and not to ignore even the slightest of symptoms and consult the doctor immediately as soon as you think something is wrong