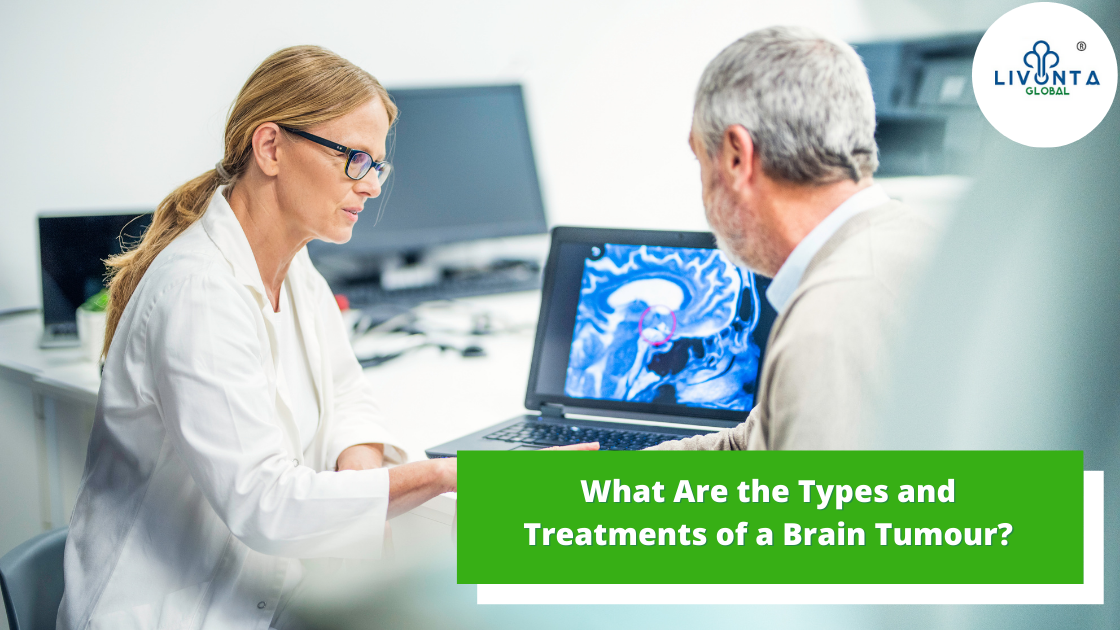 What Are the Types and Treatments of a Brain Tumour?

A brain tumour is a cluster of abnormal cells which grow in and around of your brain. A brain tumour can directly or indirectly destroy healthy cells by crowding other parts of the brain. Thereby it causes inflammation, swelling and pressure within the skull. Nowadays, many hospitals are offering the best cancer treatment in India where you will get adequate treatment for your brain tumour. Livonta Global has a prominent presence in the field of medical tourism. If you are looking for the best cancer treatment in India, you should get in touch with Livonta Global.

A brain tumour can be two types and they are benign and malignant.

A brain tumour can also be divided into two other categories.

How brain tumour is diagnosed?

A brain tumour is diagnosed by using the following techniques.

The proper treatment of brain tumour depends on the following things.

Surgery is the first line of treatment for a brain tumour. In a surgical procedure, the tumour and some surrounding healthy tissue are removed by an expert. A neurosurgeon who is specialized in surgery on the brain and spinal column usually performs the surgery. The surgery of brain tumour can be done in three ways due to the advancement of technology.

Though surgery is an effective method, still, in some cases, surgery is not possible.

This is a treatment that targets the tumour’s specific genes, proteins, or the tissue environment which are responsible for the growth and survival of the tumour. This type of treatment blocks the growth and spread of tumour cells. Two types of targeted therapy can be used for brain tumour.

The above article describes various types of brain tumours and their treatment.

If you are looking for the best brain cancer treatment in India, you should connect with Livonta Global. Livonta Global is tied up with many leading hospitals and thus will help you in getting the best treatment for this lethal disease.