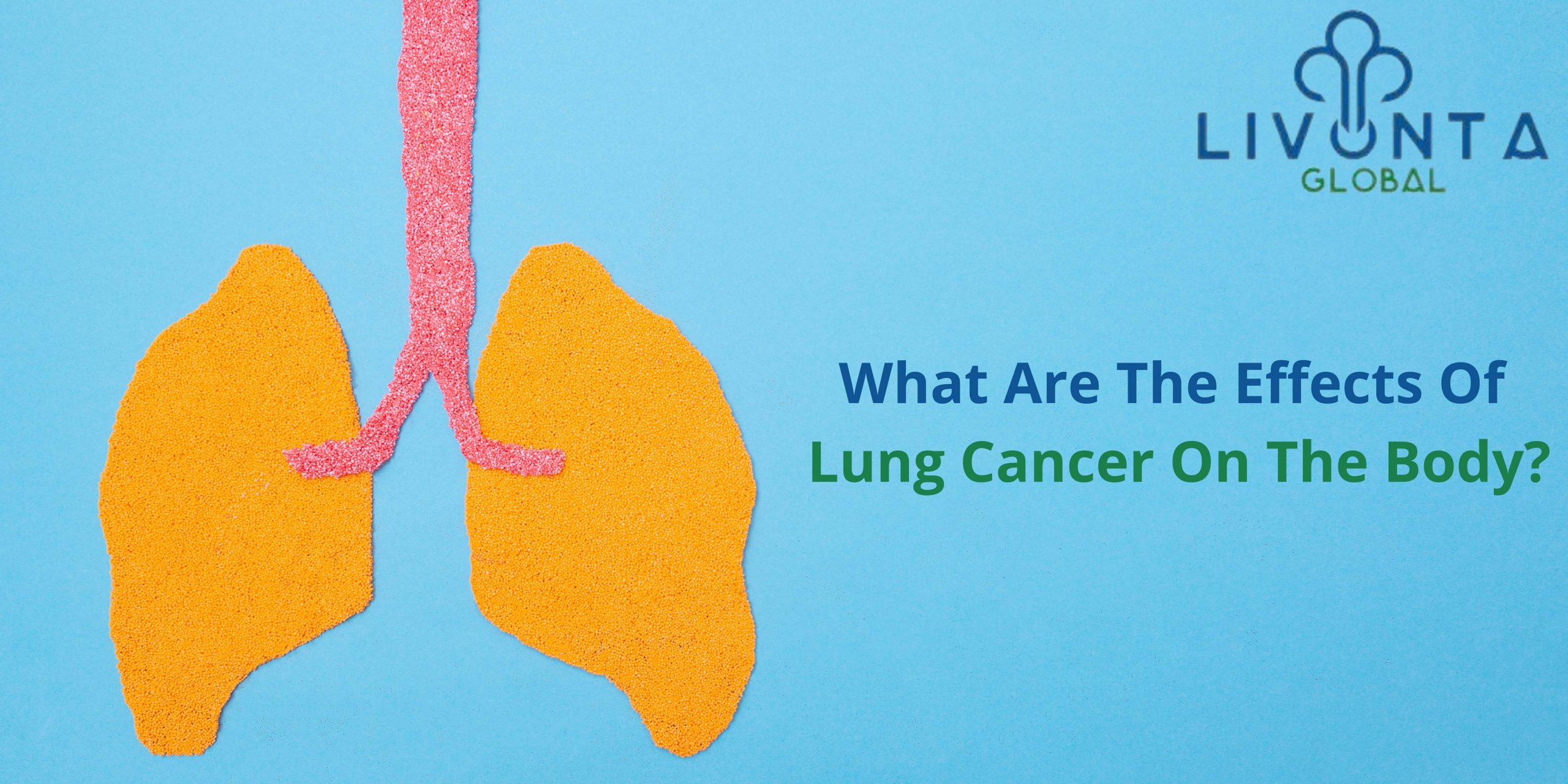 What Are The Effects Of Lung Cancer On The Body?

The most frequent type of cancer and one of the top causes of mortality worldwide is lung cancer. Lung cancer, if not detected and treated early enough, can spread to other areas of the body. Smoking is one of the biggest risk factors for lung cancer, however, not everyone who acquires the disease is a current or former smoker.

Lung cancer makes it difficult to breathe. Shortness of breath is the most common sign of lung cancer ( Dyspnea ). It happens when a tumour becomes large enough to restrict the airway, creating pressure or inflammation in the lungs. Lung pressure or inflammation prevents enough air from reaching the respiratory system, resulting in breathing problems.

Shortness of breath can strike suddenly or gradually build over time. The severity and frequency of Dyspnea episodes vary from person to person. In the latter stages of lung cancer, breathing becomes extremely difficult, and even light physical exertion can induce respiratory problems. When lungs bleed, you may feel as though you are suffocating. It is a medical emergency that requires immediate hospitalisation and treatment to avoid fatal consequences.

When cancer travels in the circulation, it has the potential to harm the cardiovascular system. The circulatory system delivers oxygen to the lungs and other body organs rather than the heart, and it removes carbon dioxide that is toxic to the body. When you have lung cancer, your circulatory system may transport cancerous cells from your lungs to other parts of your body. It is called Metastasizing of cancer.

When lung cancer spreads, it affects the lymph nodes in the neck and collarbone, causing swelling in the face and neck.

The central nervous system is affected by lung cancer, resulting in symptoms such as widespread weakness, fatigue, disorientation, and memory problems. Approximately 30–40% of patients with lung cancer develop Central Nervous System metastases. CNS disorders reduce the quality of life by interfering with daily tasks. The diagnosis of CNS metastases in lung cancer patients is now on time thanks to early screening at the initial stage of cancer, improved diagnostic facilities, brain imaging facilities, and better disease control facilities.

When lung cancer spreads to the bones, it can lead to bone metastases. This can lead to bone discomfort, fractures, and weak bones. The skeletal system, which comprises the ribs, spinal cord, shoulder bone, thigh bone, upper arm bone, and pelvic bones, may be affected by lung cancer.

In lung cancer patients, excruciating pain is the earliest sign of bone metastases. The discomfort becomes more acute at night and gets worse. Bone metastasis is a serious problem that disrupts the body’s regular functioning.